Home / Blog / Z-Wave Bridges all the Channels for EcoLink

Z-Wave Bridges all the Channels for EcoLink 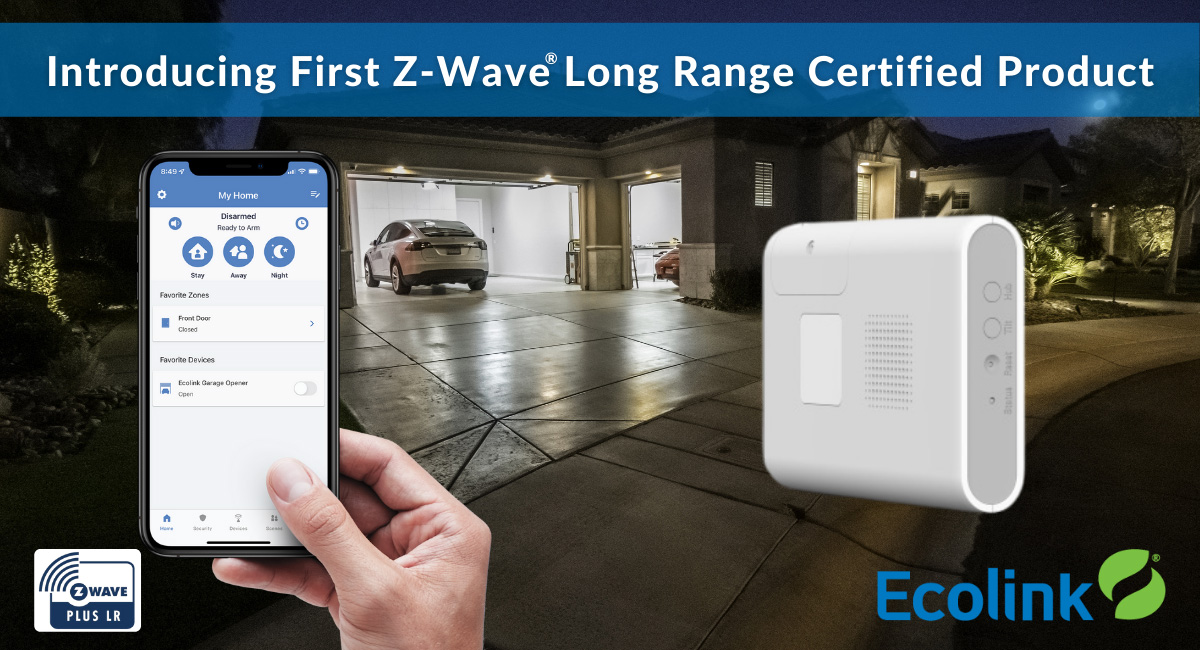 In case you missed the news, Z-Wave announced that the first Z-Wave Long Range device has been certified, and who is the lucky company? Universal Electronics’ EcoLink! We sat down with VP of Product Development, Mike Bailey to hear more about their decision to use Z-Wave LR, their history with Z-Wave, and the future they see for the industry as a whole.

According to Mike Bailey, there was never a question of “if” the company would begin to develop projects with Z-Wave Long Range, it was a question of “when”. Bailey, who has been with Ecolink for 15+ years, has a deep appreciation for Z-Wave and the product ecosystem that comes with it. While the company supports other protocols such as Wi-Fi, Zigbee and others, Long Rang Z-Wave has it’s obvious advantages.

“Our team has invested a great deal of resources into becoming one of the best Z-Wave developers around. We were incredibly excited when Z-Wave Long Range was announced, and we will develop everything we make with Long Range going forward. In any wireless product, like the ones we make at Ecolink, range is one of the most critical if not the most critical part of the product development process. So the ability to significantly extend rage with a protocol people can trust – it really is a no brainer and we see Z-Wave long range having a really important impact on the user experience,” shares Bailey.

In terms of being a member of the Alliance, Bailey noted that EcoLink greatly benefits from both the large, certified ecosystem of Z-Wave products that their devices can work with, and from the community found within the Z-Wave Alliance.

“Z-Wave is really unique in the way they support companies developing on their protocol, they don’t launch a protocol they are not ready to answer development questions on, and while that sounds intuitive it is not always the case across this industry.  We get regular communication, quick responses, and we benefit from being able to ask those in the community about their experiences.”

With his rich history developing on the Z-Wave protocol for EcoLink, Bailey has worked across multiple channels including the pro-installed, DIY, and even OEM sectors of the industry. Through his tenure, he has consistently found that Z-Wave bridges across all the channels for their needs seamlessly which makes for a bright future ahead.

“Z-Wave stands out in the way they have been able to consistently grow their portfolio of products and not just in a single sector but across security, IoT, and automation. The smart home industry as a whole has rapidly accelerated over the last three to five years and it’s only going to continue to move and grow faster.  A lot of big companies are buying in and really want to make the smart home sensor category mainstream so that is very exciting and I anticipate we will see a lot of new products on the horizon,” concludes Bailey.