Home / Blog / What is Z-Wave Long Range and How Does it Differ from Z-Wave?

What is Z-Wave Long Range and How Does it Differ from Z-Wave? 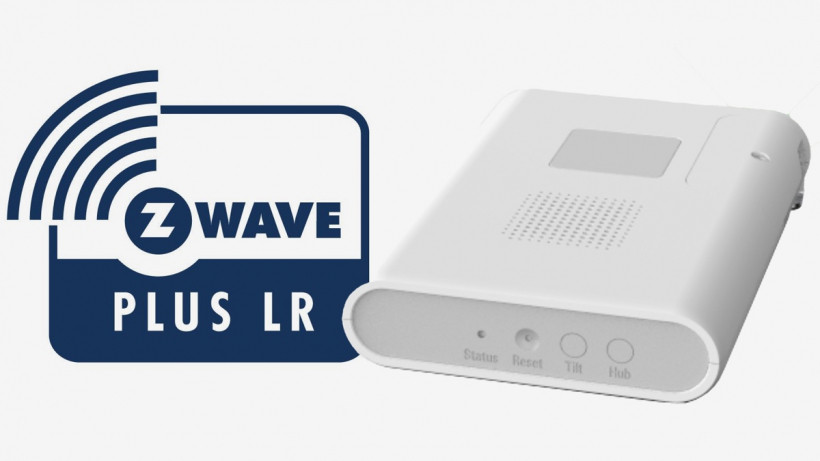 In September of this year, the Z-Wave Alliance announced the new Z-Wave Long Range (Z-Wave LR) specification. Now, just three short months later, the Z-Wave Alliance announces that the new Z-Wave LR specification is ready for third-party silicon certification program development and that additional technical capabilities significantly extend both range and node functionality compared to initial findings. This blog breaks down the key technical benefits of Z-Wave LR and explores the differences between the latest specification and Z-Wave.

To start, what exactly is Z-Wave Long Range?

Engineered to provide significantly extended wireless range and support robust networks, Z-Wave LR extends Z-Wave connectivity beyond the boundaries of the home and accelerates the adoption of Z-Wave in other verticals such as light commercial, hospitality, and multi-dwelling units (MDU). Z-Wave Long Range is an extra 100kbps DSSS OQPSK modulation addition to the Z-Wave protocol. The modulation is treated as a fourth channel – allowing gateways to add LR nodes to the existing Z-Wave channel scanning. At this time, Z-Wave LR is only available for the US market however, the Technical Workgroup is evaluating and testing to ensure compliance and to be able to support Europe and APAC regions in the future.

Developed and managed by the new Z-Wave Alliance Technical and Certifications workgroups, the updated specification has been designed to usher in a new era of Z-Wave connectivity while still adhering to Z-Wave technology core values such as backwards compatibility and interoperability. The updated specification promotes a number of key technical benefits best summarized as increased range and coverage, increased scalability, optimized battery life, and interoperability.

Perhaps the most exciting benefit of Z-Wave LR is the monumental increase in transmission range. The specification supports a maximum output power of 30dBm which can be leveraged to bolster range capabilities and support future transmission distance up to several miles. In the very first implementation of Z-Wave LR – from Silicon Labs through the 700 Series platform – a proven transmission distance of 1 mile (1.6 KM) direct line of sight has been achieved utilizing +14dBm output power. Prior to Z-Wave LR, multiple signal repeaters would need to be installed within a network to achieve transmission distance beyond the boundaries of the home. Z-Wave LR eliminates the need for these repeaters, unlocking new potential for Z-Wave networks and making it easier than ever before to enroll smart home and IoT devices deployed at the edge of the network.

Along with a dramatic increase in transmission range, Z-Wave LR also increases scalability on a single smart home network up to 4000 nodes. Compared to Z-Wave (232 nodes), this represents a colossal 20x increase in network node availability. Larger network support enables the addition of potentially thousands of Z-Wave devices on a single network, further expanding what’s possible through the power of Z-Wave technology.

Z-Wave LR offers up to 10-year battery life on a single coin-cell battery by leveraging dynamic power control. This new feature enables the Z-Wave Long Range device to automatically adjust and optimize the radio output power at every transmission. Dynamic power control is critical to supporting future-proof Z-Wave device installations as one of the most compelling use-cases for sensors with increased battery life is the ability to deploy them in hard to reach places, such as attics, basements, or behind walls, to support evolving applications such as context aware and AI for IoT technology.

Z-Wave and Z-Wave LR are also designed to co-exist on the same network, with LR network nodes reserved for new or existing Z-Wave mesh network devices to preserve both backwards and forwards compatibility and sustain interoperability between certified Z-Wave devices.

While the key technical benefits of Z-Wave LR are quite clear, there are a number of technical differences between the two specifications that are equally important to highlight. Most notable is Z-Wave LR’s use of a star network topology vs. the traditional mesh topology found within Z-Wave networks today.

Z-Wave LR devices operate on a star network topology which features the gateway/hub at a central point and then establishes a direct connection to devices. The addressing space in Z-Wave Long Range is increased to 12-bit enabling Z-Wave LR networks to support up to 4000 nodes. They key difference between a star network and a mesh network is the direct gateway/hub-to-device connection where mesh networks traditionally permit signals to hop from node to node until the intended destination is met.

While the network topologies are different, Z-Wave is capable of supporting both a mesh network and a star network. Both Z-Wave LR and traditional Z-Wave nodes can co-exist within the same network, enabling a wide variety and combination of Z-Wave devices and Z-Wave LR devices. To unlock the full potential of Z-Wave LR, both the gateway/hub and the installed Z-Wave device must feature Z-Wave LR. So long as both the gateway/hub and connected device feature the Z-Wave LR specification, that network has the capability to support both a mesh network and star network.

A chart containing additional technical differences between the two specifications is included below.

Since the announcement in September 2020 introducing the updated specification, the Z-Wave Alliance’s Technical Workgroup have been hard at work testing and deploying Z-Wave LR networks which has led to the discovery of additional advancements, benchmarks, and benefits.

Under the new organizational framework of the Z-Wave Alliance and with the Z-Wave LR specification now available from Silicon Labs on their Z-Wave 700 platform, the future of Z-Wave technology is very promising. For more information on Z-Wave LR, watch this video. To keep up with everything Z-Wave, please visit https://www.z-wavealliance.org.