Home / Blog / Matter 1.0 is here, and Z-Wave is accelerating which is why Bridging will matter to both protocols and smart home consumers, everywhere.

Matter 1.0 is here, and Z-Wave is accelerating which is why Bridging will matter to both protocols and smart home consumers, everywhere.

Z-Wave has long been considered the leading smart home protocol for battery life, interoperability, and performance, and today there is a new spec on the “Platform Playground.” Congratulations to the Connectivity Standards Alliance on the release of the Matter 1.0 IP-based protocol.

As part of the Matter 1.0 release, authorized test labs are open for product certification; the test harnesses and tools are available; and the open-source reference design software development kit (SDK) is complete. This initial release of Matter, running over Ethernet, Wi-Fi, and Thread, and using Bluetooth Low Energy for device commissioning, will support common smart home products including lighting and electrical, HVAC controls, window coverings and shades, safety and security sensors, door locks, media devices including TVs, controllers as both devices and applications, and bridges. In terms of privacy, Matter operates locally over IP, and it doesn’t rely on an internet connection to run. Those conversations are controlled by the ecosystem app or device app in use and, in turn, are governed by manufacturers’ individual privacy policies. It will still be important to only use devices and services from companies you trust with your data, because those devices will have access to a lot of it.

Matter impressively launches with test cases and comprehensive test tools for CSA Alliance members and a global certification program including eight authorized test labs that are primed to test not only Matter, but also Matter’s underlying network technologies, Wi-Fi and Thread. Wi-Fi enables Matter devices to interact over a high-bandwidth local network and allows smart home devices to communicate with the cloud. Thread provides a mesh network within the home through the Thread 1.3.0 border router. While Thread networks don’t need a central hub or bridge like low-powered mesh protocols Z-Wave and Zigbee, they do require at least one Thread border router in order to interoperate with Matter-over-Wi-Fi products. This works similar to a bridge or hub, connecting Thread devices to your home network and to the internet.

Silicon Labs, which is on both the Z-Wave Alliance and CSA boards of directors, and one of the primary code contributors to both Matter and Z-Wave, has already developed their Unify SDK, a multi-protocol software development kit for Matter-based gateways, hubs, and bridges. The software tool supports protocol-specific translations between the different wireless IoT protocols, including Z-Wave and Zigbee. The Unify SDK is basically a how-to kit for manufacturers and developers to connect both new and legacy Z-Wave gateways with new Matter devices via bridging.

Matter will not be able to achieve true interoperability across the ecosystem without support from existing protocols and branded ecosystems. Matter benefits from Z-Wave’s large, mature ecosystem of deployed devices, technical benefits and features. Z-Wave benefits from Matter’s momentum and a mutual community committed to making the IoT more simple, secure, and valuable.

If Matter succeeds in getting homeowners comfortable purchasing and setting up new products but misses by making it difficult to adapt legacy devices already in market, it wouldn’t really fulfil its promise. With a large existing install base of Zigbee, Z-Wave, and other wireless IoT protocols across the smart home, bridges will play a key role in connecting Matter to legacy devices and becoming interoperable with new Matter networks. Despite some naysayers, homeowners have consistently shown to be ambivalent to needing a hub in their smart home system. As the smart home industry continues to add multi-protocol-chips to hubs, interoperability and the shelf life of devices will increase. With 54% of smart device owners stating interoperability is a key factor in their next purchase according to research by the Interpret Smart Home Matrix, homeowners do not want to abandon existing devices like sensors which can last up to ten years just because a new protocol such as Matter enters the market. Instead, a multi-protocol hub brings legacy devices forward, and the homeowner has an even larger ecosystem of brands and devices to choose from without sacrificing any of the benefits that new technologies, such as Matter, afford.

“The vast majority of existing devices will not be moving to Matter. Instead, they will be able to communicate with a Matter network via a bridge,” according to Silicon Labs Principal Product Manager, Matter, Rob Alexander. He wrote in a blog, “Most of today’s ecosystem providers are already planning on updating their gateways to support Matter bridging and will be introducing products to support both existing and deployed Zigbee/Z-Wave products, in addition to the newer Matter products.”

For more, visit SiLabs: https://bit.ly/SiLabsMatter or watch the panel discussion from September: Matter is (Almost) Here. Now What? from Works With 2022. 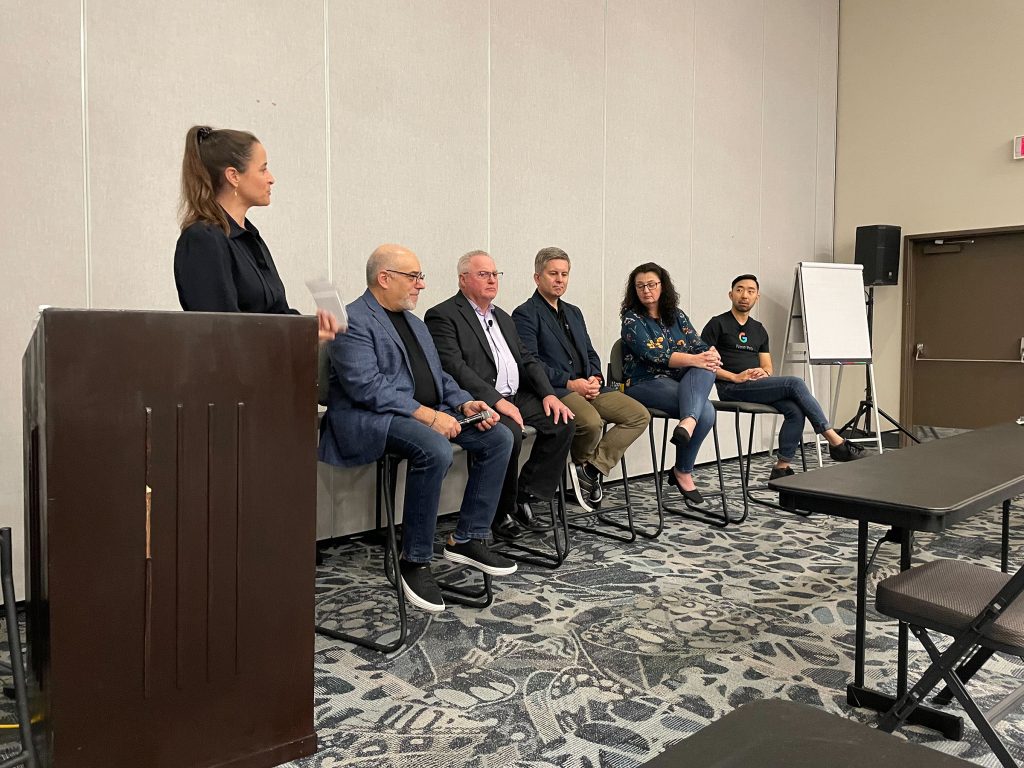